I have just published a book [Xulon Press] entitled "When God Created The Heavens and The Earth." Written for young children preschool through 5th grade in an interesting child-friendly story format they can easily understand and begin reading for themselves, each thought is taken sequentially from Genesis Chapter One. There are literally hundreds of children's stories of Creation currently on the market, but this is probably the only account of Creation on the face of the Earth written and delicately amplified for the express purpose of clearly presenting to a child's understanding God's foundational purpose in Creation for marriage, family, and gender. And it brings to life before their eyes God's principle of seed, principle of gender, and the defining characteristic of gender. It is so simple a child can understand...that he is a boy because he has a unique God-given characteristic that only a boy has and a girl can NEVER have, that she is a girl because she has a unique God-given characteristic that only a girl has and a boy can NEVER have, and that these characteristics are unalterable, unchangeable, and irreversible. They need to know and understand that God does not make mistakes. A child born with the physical gender of a boy was intended by God to be a boy ...not a girl. The book is comprised of 42 beautiful high quality 8X10 color photographs, each one portraying the majesty and glory of God's breathtaking creation handiwork. The story unfolds with the text inscribed on photo after photo. You can view the entire book in the photo gallery on this Website. 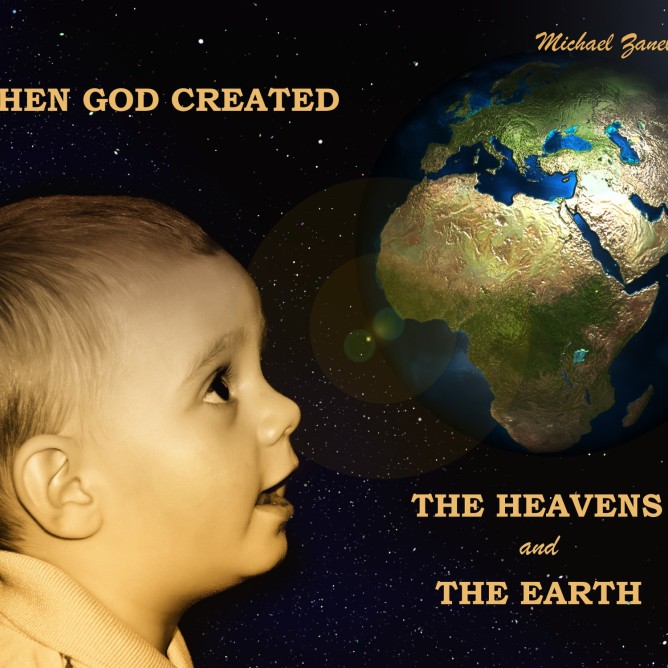 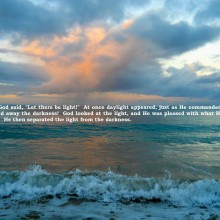 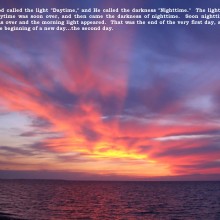 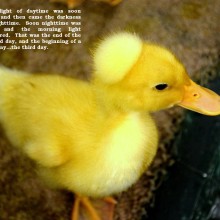 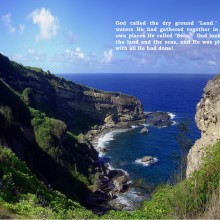 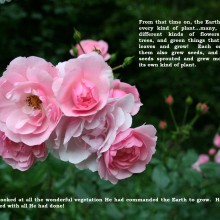 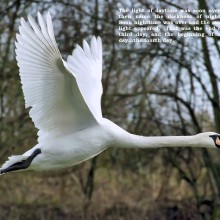 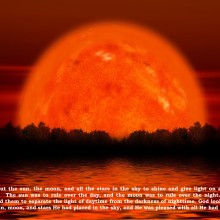 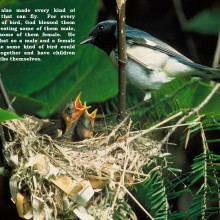 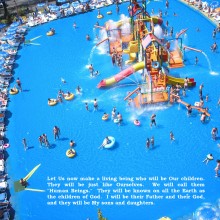 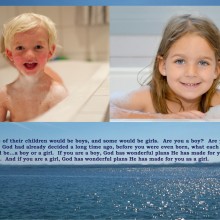 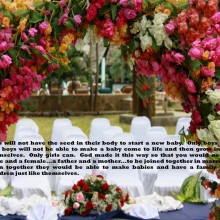 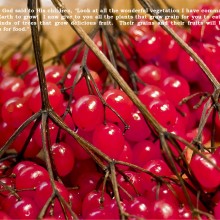 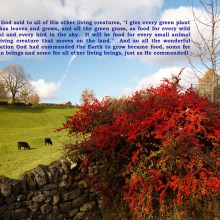 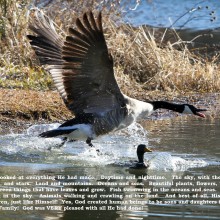 The Leading of the Spirit Brings the Blessing of God

Before moving to Florida in May, 2004, I had a log cabin in the mountains of Upstate New York, in the woods. There was no electricity; the cabin, however, was fully functional with a wood burning stove for heat, a propane cooking stove and refrigerator, oil lamps for lighting, and well water. It was peaceful and quiet; my most prized Earthly possession. I went there every weekend, looking forward to spending a good deal of time with the Lord…to be alone together with Him, just sitting at His feet.

One evening, after having dinner in town with a friend and driving back up the mountain to the cabin, out of the clear blue the Lord spoke to me, “I want you to sell the cabin.” It was not an audible voice, but a voice speaking within me that was just as clear as if it were audible! [These, and the following word’s spoken by the Lord, are literal quotes!] I was startled! “Lord,” I said, “Sell the cabin?” “Yes…and with everything in it.” “Well…OK, Lord, I will do that.”

As I began to think about how limited the market would be for a log cabin…the only building in a sub-division having no available electricity…three people came to mind whom I thought would potentially even be interested. The Lord interjected again, saying, “Sell it to Vince.” Vince was one of the three persons I had thought to offer it to…but he was not the one I had in mind to ask first. I responded in my usual manner, “Well…OK; I will do that.”

Vince was the friend I had dinner with earlier that evening. I called him in the morning, and invited him to come up to the cabin that evening to just spend some time together. I didn’t tell him what I had in mind to bring up. He had seen the cabin before, several times, and was really impressed; he thought it was “The cat’s meow!”

I said, “Whoa, Vince…don’t make a hasty decision and just jump into this. Why don’t you spend some with the Lord and ask Him about it before making a decision.” He reluctantly agreed, and said he would. I assured him I would wait for his answer; he would have first preference if the Lord prompted him to go ahead with buying the cabin. Vince called me 8 AM the following morning… and excitedly informed me, “I spoke to the Lord about it; I’ll buy the cabin!”

There you have it! The Lord had told me all I was to do concerning the cabin, and it came to pass exactly as He said! This is just one of many experiences that I can testify to…bearing witness that obedience to the leading of the Spirit brings the blessings of God! Our highest privilege as a child of the Most High God is to watch and wait before Him, look off unto Him and listen for His voice, obeying every leading and prompting of the Holy Spirit. Our blessing is always the result of obedience and faithfulness…and it is assured! Hallelujah!

I don’t know whether in the depths of your heart you really believe there is a God in Heaven or not, but this I do know…He spoke to me, and it came to pass! [Read John 9:1-38] I proclaim to you Christ Jesus…the One Who existed from the beginning, from Eternity Past, Whom I have heard with the ears of my own inner being, and have seen with my own spiritual eyes.  I have gazed upon Him and have spiritually touched Him with my own hands.  He is the Word of Life.  His Life is continually being revealed to me; I have seen it and testify to it, and I proclaim to you that He is the One Who is Eternal Life.  He always existed with the Father, and is now continually being manifested afresh and anew to me.  I proclaim to you what I have personally seen and heard in the depths of my soul, so that you also may enjoy this same fellowship together with us.  The fellowship I continually enjoy is with the Father and with His Son, Christ Jesus.  I am writing these things so that you also may fully share together with me in this fullness of joy. [1 John 1:1-4]. It is our birth-right as a child of the Most High God!

View all posts by preservechristianfamily

One thought on “Divine Direction”